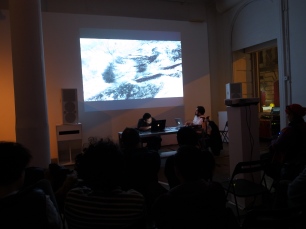 NYC and its sonorities mean a lot to me, because this is where my interest in recording and listening began in 2006. The sounds of places like Red Hook, Gowanus, Bay Ridge and Floyd Bennet Memorial Airport became the subject and raw material for many of my compositions. The decay of abandoned spots, the shore, the maritime heritage, they sparked my interest in aesthetic listening and in recording sounds.

After I moved to Colombia to pursue a Masters in Fine Arts, my exploration of sounds changed.  Bogotá is a city that presents security problems to field recordists which eventually led me to record outside the city exploring sounds in rural and natural zones. There a universe of natural sounds emerged.

In my concert I want to explore the contrast and parallels between the urban recordings of New York City and the rural and wildlife recordings of Colombia, building a perceptual impossible place where nature and architecture coexist. 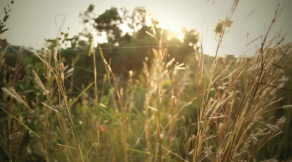 Juan Cortés is presenting a live concert based on images of mosses, collected from forests and fields in the Colombian Eastern Andes.  This collection of sound and animation reflects the constant change of nature and its transformation from rural to urban landscape. It is the result of a documentation made in two years and a compound of processed animations.  The animations were created using motion tracking to capture the wind movement of the plants, and algorithms to produce line-based forms to represent movement.

A Ras de Tierra has been presented in Colombia, Brazil and Costa Rica, in places such as “Fundación Teatro Odeon, Galería Valenzuela Klenner and Fundación Gilberto Alzate Avendaño”. This live concert is part of the project “A Ras de Tierra” which is a collaboration between Maria Margarita Jimenez, Santiago Cortés, and Andres Rosero.

DAVID VÉLEZ is a Colombian artist who works with sculpture, sound composition and installation, exploring the acoustic properties of matter and capturing field recordings for different purposes. He is the co-founder, director and curator for the label Impulsive Habitat.

JUAN CORTÉS is a Colombian artist whose work takes on multiple forms such as electromechanical installation, audiovisual composition, and improvisation. His investigative and interdisciplinary processes are founded in sound and the natural forces.